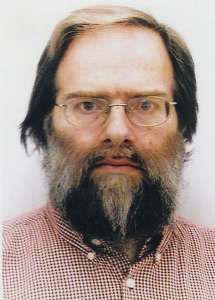 The present paper deals with a question of symbolism: what is so special about the number 12? Historically, the preference for the number 12 goes back to the Zodiac. Thus, the twelve-star flag of the European Union was designed, in a public contest, by a devotee of the Virgin Mary who thought of the Apocalypse passage where a celestial virgin appears in a circle of twelve stars. And in their turn, these "twelve stars" (in Hebrew mazzalot, whence mazzel!, "good luck", originally "lucky star", "beneficial stellar configuration"), were a standard expression referring to the Zodiac, the division of the Ecliptic in twelve equal parts, each one of them represented by a symbol: Aries, Taurus, Gemini, Cancer, Leo, Virgo, Libra, Scorpio, Sagittarius, Capricorn, Aquarius, Pisces.

Though we acknowledge the intimate connection between astrology and the symbolic structure of the Zodiac, it is outside the scope of this paper to comment on the merits claimed for astrology. Indeed, we assume that stellar lore including the Zodiacal constellations names precedes its use as a tool for divination, and that it is worth analyzing purely as a symbolic construct, regardless of its use by diviners. Contrary to what some astrologers claim, astronomy is very much older than astrology. But unlike astrology, the natural tendency to read "faces in the clouds", or in this case images in the stellar groupings, is probably as old as star-gazing itself.

The relationship of the number 12 with other numbers is interesting, but not really unique. Thus, it is said that 12 = 3 x 4, with the added explanation that "3 represents time" while "4 represents space". All very good, but then 10 = 2 x 5, which is not bad either and just as pregnant with number symbolism. And note that in both cases equally, the factors when added (rather than multiplied) yield 7, that mystical number. So, for a unique property, we must look elsewhere.

How to divide the Ecliptic?

The Ecliptic can be divided into any number of zones. Well-known is the division of 27 or 28 moon-stations of about 13 each, marking the angular distance covered daily by the moon. The division in lunar mansions links an astronomical phenomenon, the moon's movement, with a division of space. The same principle probably underlies the division in twelve: it seems to be based on the approximately twelve lunation cycles in the solar year (whose quarter-periods of roughly seven days may also be related to the division in weeks).

But why should immutable space be subjected to divisions suggested by the coincidental and highly impermanent data of the moon's motion? There could well have been no moon at all (as is the case for Venusians), or mankind could have come into existence and designed a Zodiac millions of years ago, when the moon was closer to the earth and its cycle as expressed in earthly days or fractions of earthly years much shorter.

Freeing ourselves from the suggestions emanating from accidental circumstances, we want to construct a division of the circle based on nothing but the abstract circle itself, considered as a geometrical figure, hence part of a continuum of geometrical constructions. Which division of the circle is intrinsically most meaningful to the whole project of symbolically representing the diverse aspects of the universe with the sections of the ecliptical circle?

The Zodiac is devised and understood as a world model, a simplification of the infinite complexity of the phenomenal world to a scheme with a finite number of elements, which nonetheless approximates the structure of the real world in that it embodies fundamental worldly relations, starting with oppositions. In a rational world model (e.g. the four/five elements), if we have an element meaning "big" or "cold", then we must have one which means "small" c.q. "hot", just as in real-life natural cycles, a sunrise is counterbalanced with a sunset. The symmetry of a circle and of its rational divisions is already a good metaphor for this general symmetry requirement of credible world models.

A world model replaces the practically infinite multiplicity of phenomena with a finite set of classes, just as a regular polygon inscribed in a circle replaces the infinite division of the circle into infinitely small sections with a finite division into discreet and finite sections. If we study the surface of these polygons, we find that practically all of them, just like the circle itself (surface = pi, assuming radius = 1), have a surface numerically represented by a number reaching decimally into infinity (in practice represented by a finite sum involving at least one irrational root), although the surface values of the polygons, unlike those of the circle, are not transcendent numbers (meaning numbers which can only be analyzed into infinite sums, e.g. pi = 4/1 - 4/3 + 4/5 - 4/7... ad infinitum.

For our project of replacing unmanageable infinity with more manageable finiteness, we find polygons with surface values consisting of a finite combination of roots and rational numbers a great improvement vis-à-vis transcendent numbers, but we would prefer polygons with even more finite and manageable measurements, viz. those which have a rational surface value. Best of all are those with a natural number as magnitude of its surface.

The second unique property of the division into twelve is that it somehow "squares the circle". At least, it bridges the gap between straight and circular, radius and circumference. As anyone who studied trigonometry knows, the sinus of 30 is 1/2. This means that, alone among the angles into which a circle can be divided, the angle of 30 combines a rational division of the circle (into 12, or of the quarter-circle into 3, the dynamic number befitting the orbit of motion) with a rational division of the radius (into 2, the static number befitting the radius as the skeleton of the circle). This is a truly unique intrinsic property of the division into 12.

A third special property of the division in 12 is that it is the most natural division of the circle, i.e. the one which does not require any other data (c.q. geometrical instruments and magnitudes) to get constructed except those already used in the construction of the circle itself, viz. compas width equal to the radius. If one constructs a same-size circle with any point of the first circle's perimeter as the centre, one obtains a perimeter passing through the first circle's centre and intersecting its perimeter twice at 60° of the new circle's centre. Next, these two intersection points become the centres of new same-size circles, and so on. The result is a set of six same-size circles symmetrically distributed around the original circle, with 13 intersection points: one in the original centre, six on the original perimeter at 60° intervals, and six outside the circle. The straight lines connecting the latter six with the original centre intersect the original perimeter exactly halfway in the said 60° intervals. This way, the circle is neatly divided in 12 x 30°.

Moreover, this entirely natural construction reveals a specific structure: the division in alternating "positive" and "negative" signs, being the intersection points on c.q. outside the original perimeter. The twelve intersection points can also be connected to form the pattern known in India since millennia as the Sri Cakra (circle of the Goddess of Plenty) or in Jewish circles since a few centuries as the Magen David (David's shield), i.e. a straight-standing triangle intertwined with an inverted triangle.

One of the side-effects, as it were, of this natural construction of the division into 12 is that it somehow achieves three trisections. Though some hare-brained trisectors refuse to accept it, the ancient Greek dream of dividing a given angle into three equal angles with ruler and compass has been proven to be an impossibility. In the present case, we have therefore not tried to divide the square angle (which wasn't given in the first place) into three equal angles of 30, nor that of 180 into 3 x 60, nor even that of 360 into 3 x 120. Yet, it so happens that we have ended up with the angles of 120, 60 and 30° explicitated in our construction. What was otherwise impossible, here it's been done.

We welcome feedback, as we may have overlooked something. Possibly more special geometrical facts can be mustered to show that the division into 12 (which a temporary coincidence may be credited with suggesting, viz. through the moon's cycle as a fraction of the solar year) has a more profound, more stable and more universal mathematical basis. But the three properties outlined here are, in our opinion, decisive.